Fugitives from Night World, three vampire sisters leave their isolated home to live among humans in Daughters of Darkness. Their brother, Ash, is sent to bring the girls back, but he falls in love with their friend. However, things aren't what they seem when it turns out there is another creature that is just as dangerous, and could care less about the Night World law.

The second book in The Night World series.

Plot: Vampire sisters Rowan, Kestrel, and Jade Redfern escape from their homeland on an island in the Night World to live with their Aunt Opal on Burdock Farm. Things take a turn for the worse when the girls discover that their aunt has been killed and their ruthless brother Ash has followed them, to bring them home or kill them. Meanwhile, the sisters and Ash Redfern meet the Carters next door, and Ash, who hates humans, discovers that Mary-Lynnette Carter, a human, is his Soulmate and falls deeply in love with her. Although Ash is hesitant at first and they don't get along well, he cannot help his feelings and later proclaims his love for her. Jade is dating Mary-Lynnette's brother, Mark, her soulmate. In the end Mary-Lynnette's friend, Jeremy, who turns out to be a werewolf, tries to kill Ash, Kestrel, Jade and Rowan for hunting in his territory, and also tries to turn Mary-Lynnette into a werewolf. With fire and a silver dagger/knife Mary-Lynnette kills Jeremy and Ash leaves to settle down the problem. The sisters will stay at Burdock Farm while Mary-Lynnette waits for Ash's return after sending him away for his wrong doing.

James, from the first book in the Night World series, seemed to be right about Ash finding someone he cared about. Ash tells the same thing to Quinn when he comes to inspect the three witch sisters. 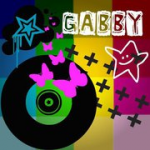